Pastor Ngare says, “I am grateful to God for orchestrating this Call through our congregations to serve both Immanuel Lutheran (in Sellwood), and Triumphant King Lutheran Churches.  I am excited about the opportunity to be your Pastor and to partner with you in the Gospel.  I am looking forward to getting acquainted with you and yours in the weeks and months to come!”

Lutheranism is based on the works of Martin Luther, a professor of theology, composer, priest, Augustinian monk, and a religious reformer. Luther initiated the Protestant Reformation in the 16th Century. He challenged a number of teachings of the Roman Catholic Church and precipitated a movement that reformulated certain basic tenets of Christian belief.

Martin Luther’s emphasis is on the centrality of grace, appropriated by faith, as the sole means of human salvation. His theology has shaped Protestant Christianity insisting on the Bible as the living Word of God. 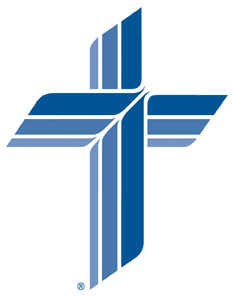 Mission Statement
Truimphant King Lutheran Church is a Christian Congregation in the Lutheran tradition called by God to worship and service through the ministry of Word and Sacrament and commissioned by God – Father, Son and Holy Spirit – to make disciples of all peoples in Jesus Christ that all may live in communion with God and the Church, caring for one another and the world.

Be in the Word

Care for One Another

We are a member congregation of the Lutheran Church-Missouri Synod.